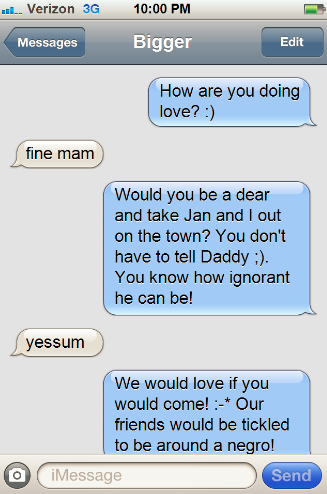 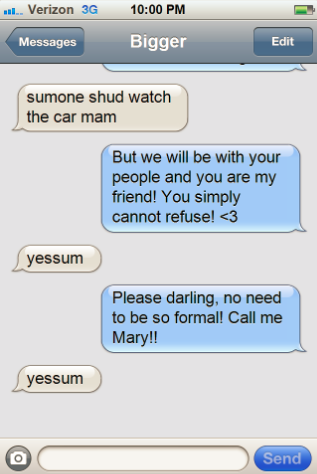 This fictional text message conversation between Mary Dalton and Bigger Thomas portrays how Mary might have made Bigger uncomfortable through her casual tone and attempts at becoming friends.

These pictures digitally capture a 3D set of snowflakes and is a visual representation of the recurring image of snow in Native Son. Each snowflake holds quotes based around six themes. The themes and quotes are as follows:
Prejudice
“’Yet they must live like we live. They’re human…There are twelve million of them…They live in our country…In the same city as us…’ her voice trailed off wistfully.” 70
“To Bigger and his kind white people were not really people.” 114
“Say I’m slanting this to the primitive negro who doesn’t want to be disturbed by white civilization.” 214
“Maybe they were right when they said that a black skin was bad, the covering of an apelike animal.” 275
“’He looks exactly like an ape!’ exclaimed a terrified young white girl.” 279
“Residential segregation is imperative. Such measures tend to keep them as much as possible out of direct contact with white women and lessen their attacks against them.” 281

Snow
“He walked over the snow feeling giddy and elated.” 113
“Involuntarily, he started in fright as a full blast of intense sunshine fell from the sky, making the snow leap and glitter and sparkle about him a world of magic whiteness without sound.” 119
“When he reached the driveway the snow was falling so thickly that he could not see ten feet in front of him.” 153
“Around him were silence and night and snow falling, falling as though it had fallen from the beginning of time and would always fall till the end of the world.” 184
“He lay buried in a cold pile of snow, dazed. Snow was in his mouth, eyes, ears; snow was seeping down his back.” 220
“Lawd wash ‘em white as snow.” 282

Blindness
“They did not want to see what others were doing if that doing did not feed their own desires.” 106
“If he could see while others were blind, then he could get what he wanted and never be caught at it.” 107
“But at home at the breakfast table with his mother and sister and brother, seeing how blind they were.” 149
“My good man! Will ping-pong keep men from murdering?” 295
“Your philanthropy was as tragically blind as your sightless eyes.”
“Mr. Max I sort of saw myself after that night. And I sort of saw other people too.” 424

Guilt/Shame
“He was divided and pulled against himself,” 25
“Two green burning pools—pools of accusation and guilt—stared at him from a white blur that sat perched on the edge of the trunk.” 91
“She would be ashamed to let him think that something was so wrong in her family that she had to ask him, a black servant, about it.” 128
“Bigger heard the soft whisper of the fire in the furnace.” 205
“He felt that if he should ever see her face again he would be overcome with a sense of guilt so deep as to be unbearable.” 239
“I did all I know how, son, and if I left anything undone it’s just ‘cause I didn’t know. It’s just ‘cause your poor old ma can’t see.” 299

Violence
“Confidence could only come again now through action so violent that it would make him forget. These were the rhythms of his life; indifference and violence.” 29
“He had murdered and had created a new life for himself. It was something that was all his own.” 105
“He committed rape every time he looked into a white face” 228
“Why should this thing rise now to plague him after he had pressed a pillow of fear and hate over its face to smother it to death?” 284
“But I felt like she was killing me, so I didn’t care.” 356
“Do men regret when they kill in war? Does the personality of a soldier coming at you over the top of a trench matter?” 396

“He hated his family because he knew that they were suffering and that he was powerless to help them.” 10
“He was sitting between two vast white looming walls.” 68
“But he did not understand them; he distrusted them, really hated them. HE was puzzled why they were treating him this way.” 71
“ …remembered the moment when Jan had stood on the running board of the car and had shaken hands with him. That had been an awful moment of hate and shame.” 98
“But only under the stress of hate was the conflict resolved.” 240
“They hate because they fear.” 390

These represent missing and wanted posters that might have been posted in relation to the murder of Mary Dalton. 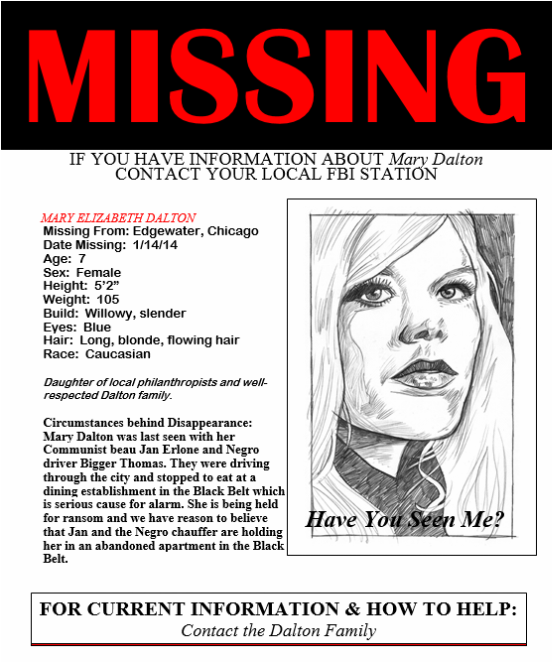 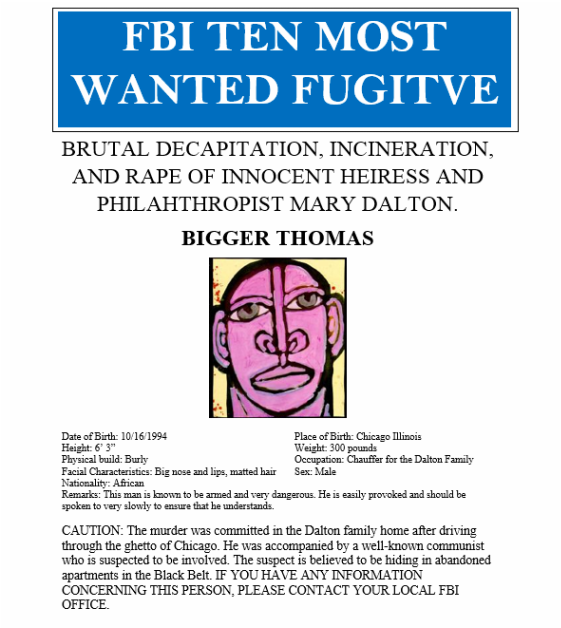